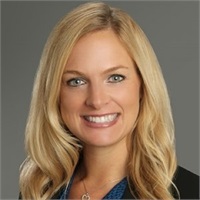 Kristen joined the firm in 2004 where she worked as an advisor for the organization, in the education and family market. In 2007, she accepted the role of director of operations for Strategic Financial Concepts, LLC - our RIA firm. She accepted the role of Chief Operating Officer in 2010, where she currently oversees all four operational divisions. She is constantly providing education and knowledge to the staff to help them excel with our firm. Her goal is to continue growing NFA Wealth Management, NFA Institutional Services, and Strategic Financial Concepts divisions.

Kristen married Brian Wagner in 2009. Together they are very active in the San Antonio community. In August 2012, Kristen and Brian welcomed a son, Dylan. In December 2018, Savanna Wagner was born.